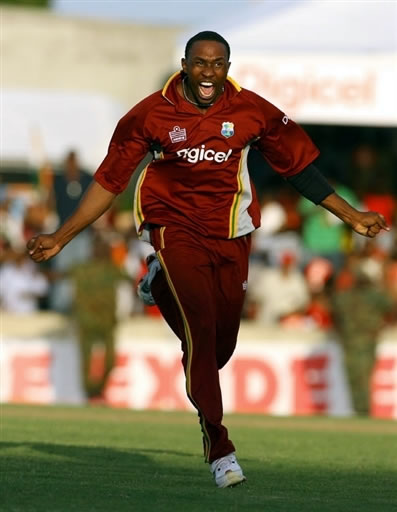 The West Indian side after suffering some hiccups on the way finally managed to overcome the Zimbabwean challenge to win the ODI series. The hosts have managed an unassailable lead of 3-1 in the series as they registered a 4 wicket win.

Put into bat first the Zimbabwean side could only manage to put up a very low score of 141 in 48.2 overs as they lost all their wickets in the process. Elton Chigumbura top-scored for his side as he made 42 while the next top scorer was Cremer who made 15. For the West Indian side Dwayne Bravo starred with the ball taking four wickets.

West Indies in reply once again struggled to get on top of the Zimbabwean spinners as they were choked. Though Gayle (32, 21b, 2x6, 4x4) gave them a flying start the rest of the batsmen failed to replicate it as they could not find a way to get on top of the bowling. Just when it seemed that the West Indian side would lose their way Narsingh Deonarine (32 not out, 67b, 2x4) took his side to a serie winning victory.