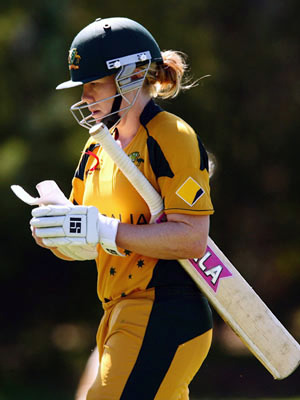 The Indian side batted first and they hoped to put on a huge score. Barring Raut none of the batswomen scored big or briskly. The brightest star in the batting line-up Mithali Raj failed to score big and that contributed to a below par total of 119 in their 20 overs.

Captain Jhulan Goswami effected an early breakthrough, bowling out Villani via her pads. But Shelly Nitschke and captain Alex Blackwell were undeterred. The left-right combination didn't allow the Indian bowlers to settle down: using their feet smartly, the Aussies set out after the target with zeal.