A Day of Records for Kerala Cricket
by KCA
DateLine: 16th November 2007 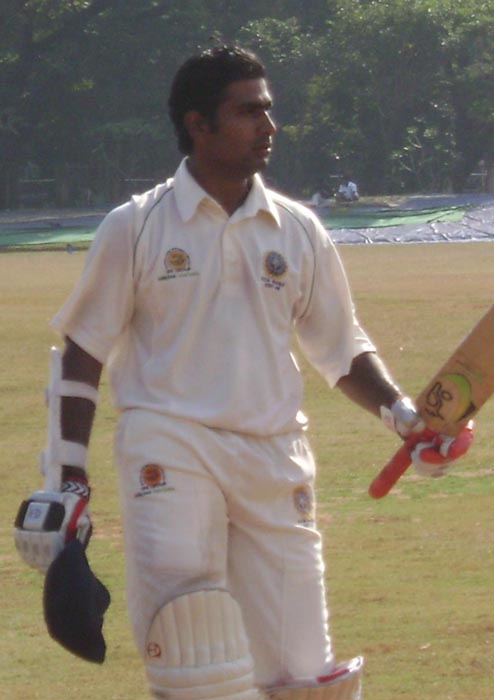 Palakkad: A bunch of new entries were appended to the record books of Kerala Cricket at the Fort Maidan today as the Kerala batting line up lead by Sreekumar Nair traumatized the Services bowlers to score the highest team total by a Kerala side in the Ranji Trophy Tournament.

The hosts made a record total of 566/6 surpassing the previous record of 555/5 against Andhra in 1959 at the Government Victoria College Ground, Palakkad.

Sreekumar Nair (306*) became the first Triple Centurion and highest individual run getter for Kerala in an innings in the process by breaking the previous record of 262* by Balan Pandit in the same match.

The third wicket partnership of 302 runs between Sreekumar Nair and VA Jagadeesh broke the previous record of 290 runs set by KN Ananthapadmanabhan and Sunil Oasis against Orissa at Cuttack in 1996.

Sreekumar Nair also found his Career best score of 306* runs surpassing his previous best of 147 runs against Saurashtra in 2002, with this he has achieved the personal milestone of amassing 3000 first class runs.

The Kerala Innings was declared close shortly after tea. Tinu Yohannan gave the first breakthrough for the Kerala bowling attack by scalping the wicket of Soomik Chatarjee. At close, the visitors were 33/1