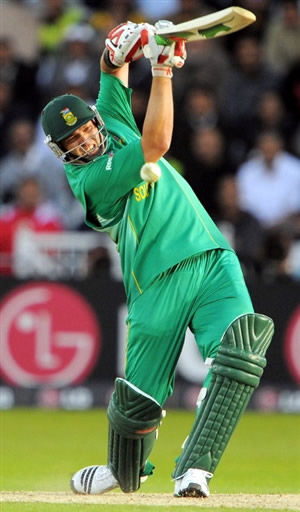 Ryan McLaren grabbed his maiden five haul in his brief international career as South Africa snatched a 13-run win over West Indies in the first T20 match at the Sir Vivian Richards stadium on Wednesday. It was a match marred by inept umpiring and a difficult pitch. The nuggets from Kallis and McLaren came as a sign of relief for the handful of fans who came to watch the match.

On a sluggish pitch, South Africa struggled to 136 for seven and the West Indies chase was derailed after they lost captain Chris Gayle early in the power play. McLaren bowled straight and accurately to trouble the West Indies batsmen. Bravo and Sarwan threatened briefly but it was only when the dangerous Kiren Pollard flexed his muscles that West Indies came into reckoning. But McLaren scorched the hopes when he clean bowled Pollard after the batsmen had drilled two boundaries and a six in his 17 ball knock of 27. With him went West Indies hopes.

Jacques Kallis anchored the South African innings with a laboured knock of 53 which came off 45 balls. But considering the state of the pitch where the bounce was variable, it was a match-winning effort from Kallis. The West Indies bowlers were accurate and Gayle used eight bowlers with only two finishing their full quota.

After losing Bosman early under bizarre circumstances, Smith and Kallis added 73 runs for the second wicket. Bosmon deserved a pat for walking after gloving a ball from Taylor which declared a wide by the umpire. The low bounce in the pitch negated the aggressive instinct of Smith who opened up in Taylors third over with two boundaries. Kallis also muscled a four in that over as South Africa changed gears. Kallis slog swept Benn for his first six and then lofted Bravo over covers for another six as South Africa seized momentum in the middle overs. Smith also came to the party by sending Gayle over the ropes. Smith fell trying to up the run-rate and his dismissal was another howler from the umpire. However, Kallis went on to complete his fifty but perished soon after trying to hit Pollard out of the ground. Then South Africa lost their way. They collapsed from 111 for two losing five wickets for just 25 runs in the last five overs as West Indies did well to restrict the visitors.