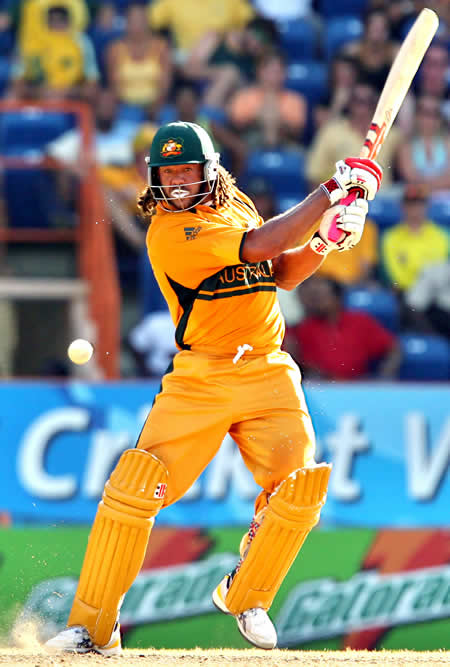 Deccan Chargers showed character and determination to overcome Delhi Daredevils by 11 runs in the crucial DLF IPL3 match and moved into the semifinals at the Feroz Shah Kotla ground on Sunday.

Deccan, which scripted its fifth consecutive win the league, finished second in the points table with 16 points. The visitors defended the lowest total (145 for six) in this years IPL and credit should be given Deccan who showed indomitable spirit with a superb team effort. None exemplified the spirit better than Rohit Sharma who pulled off three superb catches to derail the Delhi chase. The ball seemed to be following Sharma who later bloated his copy book by dropping Collingwood twice. But it was a day on which the hosts failed miserably to take their chances and left ruining the missed opportunity.

Delhi chasing a moderate target was undone by poor stroke selection of its top-order. The dangerous David Warner slashed hard at Marsh and Rohit Sharma at slip palmed the ball up and then recovered to catch it. Shewag drove away from his body and Sharma diving to his right pounced on the sharp chance at widish third slip.Gambhirs attempted drive ended in Sharmas hands at short cover and by the end of the seven over Delhi was in deep trouble.

Mithun Manas promising innings was cut short as he was involved in a horrendous mix-up with Collingwood and Dinesh Karthik flattered to deceive. Karthik was undone by a straight ball from Ohja and Delhi slipped into further trouble when Mishra was prised out Harmeet Singh. Collingwood found an unlikely ally in Nehra and the duo threatened to take the fight to the enemy camp. Collingwood swung his bat at everything and Deccan contrived to drop him thrice. But to their credit, Deccan bowlers managed to restrict his big strokes and in the final over Vaas cramped him for room to play his favourite shot through mid-wicket.

Earlier, Deccan Chargers rode on another brutal knock from Andrew Symonds (54, three fours and five sixes) to reach a modest total. Deccan was pushed on to the backfoot from the start as Gilchrist failed to fire once again. Mohit Mishra couldnt convert his start and both Suman and Rohit Sharma fell cheaply. Sharma after striking Yadav for two consective boundaries was undone by a ball which bounced more than he expected and sliced a tame catch to point.

But Andrew Symonds was unfazed and struck some lusty blows off spinners to add 50 runs with Marsh. He took on Mishras leg spin and swatted the bowler for a six and a four and then struck Dilshan for two sixes. Collingwoods military mediumpace had little effect on Symonds as he drilled him for a six and a four to complete his fifty. But Deccan lost their way after Symonds dismissal and fell nearly 20 runs short of an ideal target.