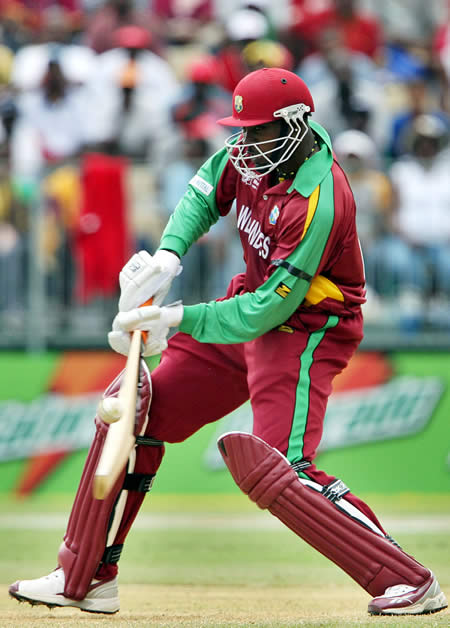 The West Indian side after having some late hiccups overcame a determined Zimbabwean side to win the final one-dayer by 4 wickets. Put into bat first Zimbabwe made 161 all out in exactly 50 overs. West Indies in reply made 165 in 27.4 overs while losing six wickets on the way.

Put into bat first the Zimbabwean side kept losing wickets regularly. None of the top order batsmen were able to make a significant contribution and had it not being for Coventry's 56 the score might had being even worse. The visitors made 161 in their 50 overs and lost all their wickets.

West Indies in reply got off to a to a flier as Gayle (63, 41b, 2x6, 8x4) seemd to be in a hurry to finish off the match. Once Gayle departed with the score on 96 the Zimbabwean spinners came to the fore as they once again spun a web around the West Indian batsmen. But Ramdin (21 not out, 34b, 1x4) ensured that West indis crossed the winning run.