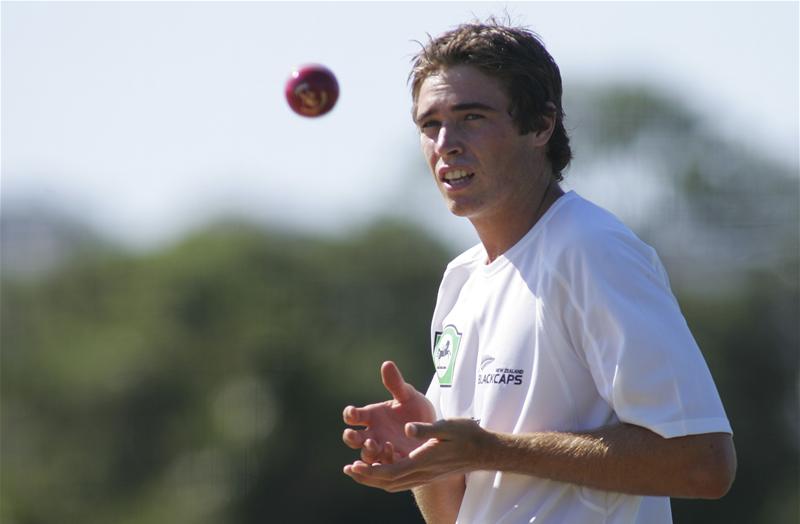 New Zealand claimed a consolation win over the Australian side by 51 runs. Australia had already pocketed the series by a scoreline of 3-2. Put into bat New Zealand batsmen once again underperformed as they could manage only a modest score of 241 in 50 overs for the loss of nine wickets. The Australian batsmen in turn performed much worse than the Kiwi batsmen as they could stitch together a paltry score of 190 in 46.1 overs.

Ponting won the toss and once again entrusted his bowlers the job of restricting the Kiwi batsmen and they sis not disappoint. Barring Scott Styris (55, 66b, 2x4, 1x6) and late blast from Tuffey (36, 41b, 1x6, 1x4) none of the other batsmen did anything of sort. Similar to the other matches batsman after batsman got starts but failed to convert them into anything substantial.

Australia in reply showed the Kiwi batsmen in better light as they did not show the will to stay at the crease. Shane Watson (53, 79b, 4x4) scored a slow fifty while the wickets fell like ninepins. Shane Bond (4-26) and Southee (4-36) shared the demolition job as the Australian side were folded up for 190 in 46.1 overs.