After announcing his retirement from Test cricket Brett Lee is targeting IPL 2010 to get back into prime form and fitness. 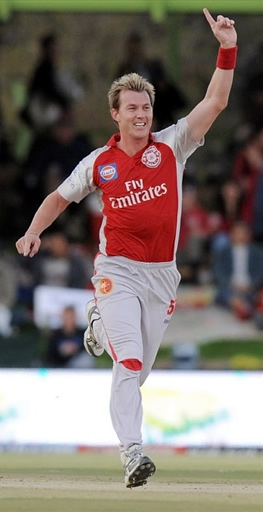 "There are many things I want to achieve in the shorter form of the game. One, the Twenty20 world cup for Australia; and two, the 50-over World Cup for Australia in India. I want to be a part of that," Lee said.

"I've been working very, very closely with Patrick Farhart. He's been my physio for 16 years and he's happy with the way it's progressing. I'm looking to be up to full pace within a couple of weeks," Lee told a leading daily.

The 33-year-old paceman said his Test retirement will let him spend time with his young son Preston Charles Lee.

"It was a lifestyle choice through having a young son. I don't want to be away 11 months of the year," he said.

Lee, who plays for Kings XI Punjab, is not sure whether he would be able to bowl as fast as he did before injury but is confident of making a good comeback to cricket.

Lee, who was named in the preliminary 30-man Australian squad for the World Twenty20 Championship in the West Indies, said he is ready to withdraw from the international tournament if his body or performance were not up to mark in the IPL.